There is a lot I could say this week, but since I don’t even know where to start, I figure I’ll just let Drake do most of the talking. I’d just like to mention that the Harlem Shakes’ Technicolor Health (mentioned below, but not reviewed) has been creating a lot of buzz around these parts. Also, as a long time Decemberists fan, I must confess to having read the moonworthy Pitchfork review of Hazards of Love, but since I haven’t heard the record yet myself, I’ll reserve judgment for now. -ed.

Deep, deep waters to swim in this week as far as releases go. Hard to narrow down, as there’s close to 20 that I’d normally spill some digital ink for, so just tried to limit it to reactions. New ones from Fever Ray, Dan Deacon, Swan Lake, Royksopp, Lotus Plaza, Obits, The Decemberists, Mastodon, Jeremy Jay, 1990’s, MFDoom and the Yo La Tengo side project Condo Fucks. Meanwhile, there’s a load of great reissues this week as well, including the great packaging of Serge Gainsbourg (which received a 10.0 from Pitchfork,) Red Red Meat and Radiohead‘s first three albums (which serve more as a cash grab from their old label).

Karin Dreijer Andersson’s Fever Ray is much like her band with brother Olof (Sweden’s The Knife,) except it manages to be both more intimate and darker at the same time. It’s a strange album that gets under your skin with it’s air of anxiety and macabre sound, begging for repeat listens. 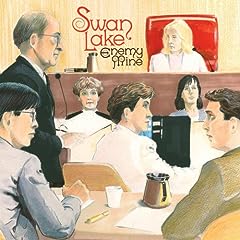 When Red Red Meat’s third album, Bunny Gets Paid, came out in 1995, it threw many for a loop. Where their first two albums (Red Red Meat, Jimmywine Majestic) processed Stones riffs through their drug-induced post-punk sound, BGP deconstructed the sound down to near minimum, almost like pouring acid on the songs and running with disintegrated skeletal structure. Every stray sound is captured and allowed to be heard, whether it be picks on the strings, creaky chairs, or Tim Rutili coughing in the background — almost proof of his vocals disintegrating before our ears. Rutti still writes most the songs, and would further deconstruct things with next incarnation Califone, but it’s drummer Brian Deck who shines here, as his production on this album becomes sort of a blue print for later production efforts (Iron & Wine, Modest Mouse, and even Califone). The album, along with Neil Young’s Tonight’s the Night, is my favorite album to hear on a turntable. The synth drone in the opening number (“Carpet Horses”) quickly blends in with the turntable vibrations, and when the guitars come in, something happens that’s hard to describe. The whole album just seems to function on another level via vinyl, and this is coming from someone who doesn’t even have his turntable hooked up anymore (kids!).

With the band back together performing songs (last summer’s SP20, last week’s SXSW) it’s fitting that their best album is now back amongst the living as well. Welcome back. 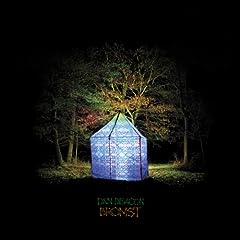 Like previous Deacon releases, the album upon initial listens, works alternatively like fingernails on the chalkboard, and tongues in the ol’ ear cavity. After alternately wanting to throw a punch in the face and return the ear sex for a few listens, it settles in on something more comfortable. Without some of the cartoonish glee of Spiderman Rings, it can take longer to penetrate, but worth it once you’re there. For everyone? Never has been. 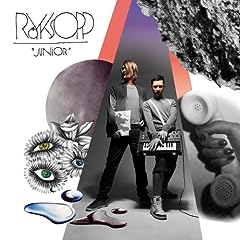 Hey, did you get your Fever Ray in my Royksopp? Karin Dreijer Anderson (Fever Ray/The Kife) makes a return for two songs here, and fellow Swede (and twitteriffic) Robyn hits up a song as well for the Norwegian duo. Do I hear another Geico “Caveman” commercial in here somewhere? Probably, but it’s just good melody-conscious electro-pop, which so good, even a caveman can dig it. Did I just write that? I did.

Lotus Plaza is the solo project from Deerhunter‘s Lockett Pundt, and while it’s not as vital or well thought out as his other band’s releases, it puts on display the shoe-gaze element that Pundt brings to the table. Two years in the making, Pundt’s debut is an unassuming bedroom symphony that’s interesting but starts to run together after awhile. It does have me hoping to see what Pundt comes up with next.