It’s an all Canadian edition as Drake sums up the latest from Caribou and some classic Dan Bejar re-releases. Would have loved to have seen the “Hat Trick” with Plants and Animals or Rufus Wainwright, but I’ll take what I can get I suppose. -ed.

This week is again a bit thin, but there’s some gold to be found in reissues, with Merge Records releasing early recordings from Dan Bejar’s Destroyer, including the 2001 classic Streethawk: A Seduction. Elsewhere, there’s new releases from Caribou, Plants & Animals, The Apples in Stereo, Roky Erickson with Okkervil River, The Radio Dept., Kate Nash, Aqualung, Rufus Wainwright, The Pipettes, Cypress Hill, Trans Am, Willie Nelson, and a greatest hits comp from Doves. 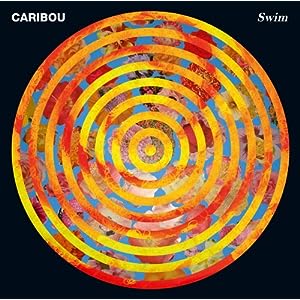 Dan Snaith’s music, first as Manitoba and now as Caribou, has always been adventurous, ranging just about as far as you can go within the electronic genre. With 2007’s Andorra, Snaith put it all together, garnering critical acclaim, and Swim does well to build upon that feat. Helped by Four Tet‘s Kieran Hebden, Junior Boys‘ Jeremy Greenspan, and Born Ruffians‘ Luke Lalonde, Swim is a bit darker, and after a few listens, even more addictive. Highlights are the incredibly accessible opener “Odessa,” “Kali,” and “Found Out.”

This week Merge Records is reissuing the Vancouver trilogy from Dan Bejar’s Destroyer, three albums released from 1998 to 2001 that take Bejar from a lo-fi Bowie fan to the Destroyer that we know and love to this day. Streethawk: A Seduction is a recognized classic, and still sounds great to this day, but if you’re a fan of that album (and if not, why??), the other essential if for no other reason in that they show the progression that Bejar makes as an artist. And even if you already own them, the remastering done for these reissues makes them that much better (Thief, for one, was originally in Mono). Highlights? From City of Daughters you have “No Cease Fires,” from Thief there’s “Destroyers the Temple” and Streethawk is 100% highlight (but pressed, “Sublimation Hour” is the obvious choice).

I still find myself going back to this Bejaromatic, Destroyer lyric generator.