While Smith Westerns may be attracting all the attention from P4K and The Decemberists and Tennis are hogging the NPR spotlight, I urge you folks not to overlook the latest record from Eulogies, it’s really worth a quality listen. -ed.

And…. they’re off! The new release season is really under way now as we have our first praise-worthy album of the year (from Smith Westerns), and the latest from Robert Pollard (can’t officially start a year without Uncle Bob). Also look for new releases from Tennis, The Decemberists, Braids, Fergus & Geronimo, Dolorean, White Lies, Greg Allman, Social Distortion, Eulogies, Disappears, Shilpa & Her Happy Hookers along with reissues from The Jayhawks, Ladytron and a special live disc from Pearl Jam.

We may only be three weeks into 2011, but Dye it Blonde is the album of the year (so far). With it’s glam’d up power pop, these Chicago teens have channeled Bandwagonesque-era Teenage Fanclub by way of the Bay City Rollers for a sugar-rush collection of songs that even grow sweeter upon repeat listens. Nearly every song is a highlight of sorts, but the standout tracks are “Weekend,” “Still New” and the tempo change-happy “Dance Away.” Not much else to say except buy it. 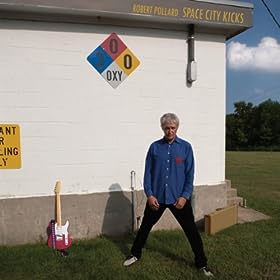 The continuing long Guided By Voices reunion tour has done little to slow Uncle Bob. In fact, Robert Pollard has stepped up his prolific nature, with releases from several of his projects coming out in short time. His first of 2011 seems to map the entire catalogue of GBV, and only suffers in its inability to sit still. Bouncing between oddities, rockers and beautiful ballads, Space City Kicks contains some of Pollard’s best work, and, quite possibly some of his worst. It’s tracks like “I Wanna Be Your Man in the Moon” and “Touch Me In the Right Place at the Right Time” that more than make up for any misteps, though.

Download: “Touch Me In the Right Place at the Right Time” [mp3]

Between Tennis, Best Coast and Dum Dum Girls, I’m thinking someone needs to make a trip to Halifax and get to work on reuniting Jale. This latest indie rock group to mine the girl groups of the late fifties/early sixties marries it with a narrative of the open sea and the look and feel of the late 70s. It’s a jumble of nostalgia, to be sure, but the end result in sound is quite focused with solid songwriting. So focused, in fact, that before too long, the album starts to sound much the same, begging for some change of pace or a hint of dynamics.