For your consideration, here is another installment of Drake’s Take (for the current week). -ed.

It’s not a very deep release week for music, so it makes it easier to keep it short looking at the latest release from Radiohead and the much hyped debut from Puro Instinct. Elsewhere, there’s interesting releases from Tahiti 80, Danielson, Toro Y Moi, The Cave Singers and The Low Anthem. 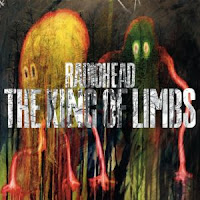 The King of Limbs, Radiohead’s eighth long player, is easily the slightest release in the band’s career, and yet it still works. Released again as a suprise to combat leaks, and mess with the music industry, TKoL is a mood piece, primarily. While it’s tempting to compare it to the more recent and similarly released In Rainbows, TKoL harkens back to Amnesiac, only sounding a bit more like a transition record than a statement of sound. If this is merely a stop over in the journey to Radiohead’s ‘next,’ then count me eager to get to the destination.

Early in 2011, this debut was getting ‘album of the year already’ hubris from music bloggers, which has turned out to be mostly hubris. The sisters (Skyler 16, Piper 23) may be leapfrogging over Seattle’s own Smoosh as far as talented young sisters, but there’s little here to warrant ‘album of the year’ talk. It’s a nice entrance for the duo, but the tin-y production leaves a lot to be desired and contributes to many of the songs sounding the same after a while. The early 80s demo sound can only take you so far.

More on the radar (and in the mp3 player) this week:
Tahiti 80 – The Past The Present and The Possible
Danielson – The Best of Cloucester County / “People’s Partay” [mp3]
Toro y Moi – Underneath The Pine
The Cave Singers – No Witch
The Low Anthem – Smart Flesh
The Caribbean – Discontinued Perfume
Revolver – Parallel Lives
Loch Lomond – Little Me Will Start a Storm
Julianna Barwick – The Magic Place
Earth – Angels of Darkness, Demons of Light 1
G. Love – Fixin’ to Die
The Builders and the Butchers – Dead Reckoning
Adele – 21