Time to play post-holiday catch-up with The Drake‘s column. -ed.

Summer is supposedly here, but you’d never know it here in Seattle. It’s been a typical June-uary here, with overcast skies and breezy temps requiring extra layers of clothing. It’s the sort of weather that drives folks indoors, indirectly creating music scenes. The latest few years of bad weather in the Pacific NW might be responsible for the latest run of decent-to-great music coming out of the 2-0-6, and Sub Pop is on the front line to pluck the flora springing through cracks in the gray, gray pavement. This week, Sub Pop debuts their first real hip-hop offering, Shabazz Palaces, an album threatening to finally break the 2-0-6 nation wide. Further up north, and also on Sub Pop, is the now post-Wolf Parade act from Dan Boeckner, Handsome Furs, with his wife Alexei Perry. Other new releases of note this week come from Gillian Welch, Jolie Holland, Mighty Clouds, SBTRKT, Patrick Wolf, Gomez, a surprising great release from Beyoncé and an indie rock tribute to Buddy Holly. 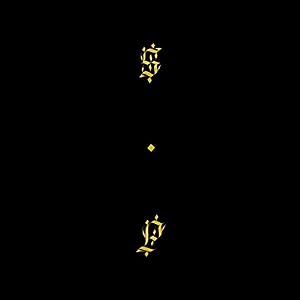 Ishmael Butler’s rise as Butterfly in Diggable Planets was a source of pride for Seattle hip-hop acts and fans. That Diggable was a NY-based act was only a technicality, like with another former Garfield High School student before him, Jimi Hendrix, Butler was entrenched in the 2-0-6. Unfortunately, after Diggable Planets went out of favor, Butler’s return with the funk/rap act Cherrywine failed to connect, making Butler seem like potential fodder for the VH1 ‘where are they now’ pile.

It’s no wonder then that Shabazz Palaces had such a secretive beginning, with Butler taking the mysterious name Palaceer Lazaro, and burying his lyrical experiments under layers of psychedelic sounds and murky beats on their first couple EPs. There were no photos or interviews, just packed performances in clubs usually reserved for Seattle’s indie rock brethren. There was something there, though, in those EPs that got perceptive listener’s attention, and with their full length debut on Sub Pop, Black Up, a bit of the mystery has been lifted. “Clear some space out/ So we can space out,” implores Butler during “Recollections of the Wraith” and the album does just that, letting Butler work his lyrical magic around an impressive array of experimental samples and beats. Hip-hop purists are bound to call this “Rap for rockists who hate rap,” but it’s an undeniable treat for any real fan of music.

Download: “An echo from the hosts that profess infinitum” [mp3]
Download: “Swerve… the reeping of all that is worthwhile (Noir not withstanding)” [mp3]

With Warf Wolf Parade now on indefinite hiatus, Dan Boeckner’s side project Handsome Furs (with wife Alexei Perry) is now simply the project. As such, it’s not surprising that Sound Kapital — their third long player — is easily their most accessible album thus far. Written entirely on keyboards, Boeckner’s compositions sound a bit like an alternative reality where The Clash‘s Joe Strummer decided to go the synth route (and lost his British accent, of course). I say Strummer, because Boeckner repeatedly borrows the Clash frontman’s “Straight to Hell” phrasing style throughout the release (see the excellent opener “When I Get Back” along with “Serve the People,” specifically). Boeckner didn’t leave the guitars completely behind, thankfully, as it’s no coincidence that the album highlights feature guitars (the driving “Damage” and “Repudiated”). Wolf Parade fans will think Sound Kapital plays it a little too safe, and their right, but as a transition record, there’s a lot to like here going forward now that the band has Boeckner’s full focus.