As the first month of 2012 nears its close, we have our very first year-end contender with the sophomore release from Cloud Nothings. Steve Albini’s production combined with Dylan Baldi surrounding himself with a full band makes for a giant leap from his debut. Besides that, there are noteworthy releases from The Hold Steady’s Craig Finn stepping out solo, The Darcys taking on a Steely Dan classic album, Sweden’s First Aid Kit, the return of baroque pop legends Cardinal (Richard Davies/Eric Matthews), Chairlift, Nada Surf, Laura Gibson, Foxy Shazam, Rodrigo y Gabriela, The Maccabees, and an interesting collection of Bob Dylan covers to celebrate 50 years of Amnesty International. 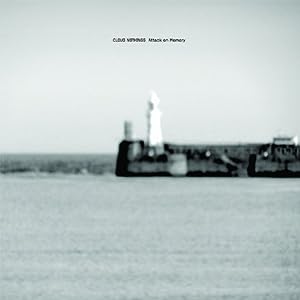 At first glance, the initial concept behind Attack on Memory is kind of funny, given that Cleveland’s Dylan Baldi is just 20 years old and has but one full length under his belt prior. There’s not a lot of memory to attack, but attack he does, laying to waste any concept you might have had about the pop/punk leanings of his Cloud Nothings project. First off, there’s a full band now, one that’s built up a solid rep as a great live band, so having that at his disposal in the studio already changes the game. But then Baldi went and got Steve Albini to record his sophomore release, instantly upping the ante. The opening track (and first submitted single) “No Future/No Past” makes the statement up front – this is going to be an entirely different affair than the last. With it’s moody beginning and dynamic shifts it oozes Slint, and not just because they share an Albini genetic marker. While it’s still easy to hear Slint in the songs that follow, the rest of the album prefers to keep the foot on the gas (starting with the amazing “Wasted Days”), making for an exhilarating ride through the early 90s, a time just before Baldi was even born. 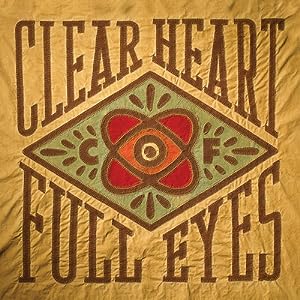 I’m not sure how I feel about The Hold Steady’s Craig Finn paraphrasing Friday Night Light‘s inspirational call to action on his debut solo release. On the one hand, it’s great that there’s enough of us FNLHeads out there for it to be a cultural touch point, but if you’re going to use it — even in its scrambled form — better make sure it’s apropos to the album’s content, and aside from Finn recording this in Austin (where the series was filmed), there’s not a lot of parallel. Speaking of Austin, Finn’s slow drive from the bars of Minnesota to the… Um… bars of Brooklyn, briefly led him to Memphis, making this entry into “Texas Forever!” territory like a brief respite from THS. The widespread reach of his regular gig had to have become a bit stifling to Finn’s previous intimate Catechismic sketches, and Clear Heart Full Eyes gets back to Finn’s altar-boy-needs-a-fix ways. But here he plays it pretty much straight, minus all the rock bravado and bombast that Tad Kubler helped provide. And while the tumbleweed dotted landscape of a steel guitar proves an interesting backdrop for Finn’s sing-talky delivery, it’s hard not to feel at times like a dramatic turn via brash guitars is needed to kick Finn’s character study forward.