Other than Monks, and Metric I didn’t get a chance to listen to that much from this past week, so as usual, I’ll let Drake do most of the talking. Just a couple of tidbits from me:

1) Much to the delight of bloggers everywhere (and especially Bill P), Ida Maria‘s “Fortress Round My Heart” finally got a proper US release this (past) week on Mercury Records;
2) Speaking of “proper releases”, Canada’s Metric went label-less with their new record and it seems to have worked out fairly well for them so far according to the LA Times. -ed.

The 10-track “Fantasies,” which took the band in a more pop direction, has sold 9,000 digital downloads in the U.S. since its release March 31, according to Nielsen SoundScan. In the music industry, which counts success in the hundreds of thousands, Metric’s sales figures may not seem like much. Nonetheless, taking into account an additional 15,000 downloads the band’s co-manager said it sold internationally, Metric is seeing a higher financial return than under a major record deal.

With direct access to iTunes, as well as sales via the band’s website, Metric has already brought in more gross revenue than it did on 2005’s “Live It Out,” which sold more than 45,000 copies. The latter was released in Canada via Last Gang Records and handled in the U.S. by Universal Music Group’s independent distributor Fontana.

After an extra deep week (04.07.09), those of us who are compiling lists like this get a bit of a reprieve. Still plenty of releases to talk about, though, including the latest from Metric, Papercuts, Ida Maria, Silversun Pickups, John Doe (w the Sadies,) Telepathe, The Handsome Family, Juan Maclean, The Boy Least Likely To and Grand Duchy – the husband-and-wife duo of Black Francis and Violet Clark. Reissues also rule the day, with the LITA release of The Monks and the offbeat folk album Beck did for K Records, One Foot in the Grave.

A super-glossy power grab at pop stardom, combining the best parts of their previous two albums and making it extra shiny. I’m sure many in the Broken Social Scene circle of fandom will be turned off as Emily Haines and co. reach for the brass ring, but I think it works better than they’ll likely ever get credit for. Not going to make a year-end list, but a surprising good listen nonetheless. Recommended: “Help I’m Alive,” “Gimme Sympathy”

Papercuts – You Can Have What You Want
Stream / Purchase [mp3]

Not quite the revelation that 2007’s Can’t Go Back, but the subtle pop of You Can Have What You Want still sneaks up on you with it’s charms upon repeat listens. 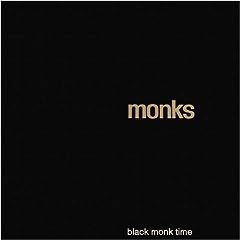 The Monks are an early a group of early 60’s GI’s who stayed behind in Germany and form a garage band that predicted punk rock. Light in the Attic does what they do best here, packaging up this crazy album complete with a 30-page (!) booklet of liner notes. Lovingly done, it’s a great document to a lost piece of punk rock’s odd history.