Amidst a sea of splashly big releases, Drake takes a shine (pun intended) to “Nothing Hurts”, the somewhat under the radar debut LP by Sub Pop’s Male Bonding.

Still experiencing some technical difficulties (some in part due to Rhapsody’s database overhaul), but it’s another quality week for releases and so the show must go on. Highly anticipated releases from The National and Jack White’s The Dead Weather grab the headlines, but the real find this week is the Sub Pop debut of UK’s Male Bonding, which has some Best of 2010 potential all over it. Also of note this week are the latest releases from cocorosie, Phosphorescent, Holy Fuck, Sage Francis, Gayngs and the unexpected return of Australia’s Hoodoo Gurus. Have at it. 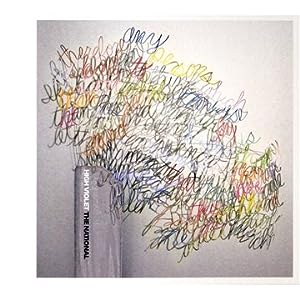 Going on five albums now, The National has masterfully delivered dark material in a manner similar to warm jets in a hot tub, and High Violet might just feel the most comfortable. There’s nothing at all flashy about what they do, writing songs about white collar melancholy, but nobody does it better. Some have dubbed it “Dad Rock,” which sounds a bit trite (coming from one Dad who’s a fan of the band), but this time out, there’s indeed a song about becoming a father (“Afraid of Everyone”), and it’s great. Meanwhile, “Bloodbuzz Ohio” and “Anyone’s Ghost” are the accessible singles, uptempo (relative, of course, to the National’s poetic plodding) and lyrically distilled enough to go down easy on the general public. It’s not just for indie rock dads anymore. 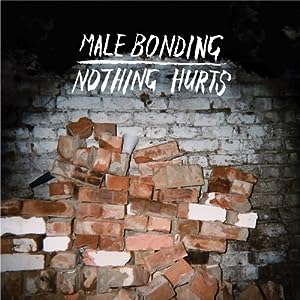 Listening to Male Bonding’s debut Nothing Hurts for the past week has been an exhilarating experience. At times, the driving guitars reminds one of Nirvana, but then the shoegaze-y vocals come in and it’s suddenly an over-caffeinated Ride in the headphones. The songs are all minimal bursts of salty-sweet joy, the place where punk and pure pop bliss meet. And they’re over at just the right time, leaving you wanting more. “Nothing Remains” is the highlight here, but really, there’s no filler here to be had and the band keeps the listener on his toes with just enough variety (including an acoustic-based closer, “Worse to Come,” featuring the Vivian Girls on vocals). Sub Pop has scored another gem, and, if pressed right now, Nothing Hurts could just be my album of 2010.