While Drake may not be too excited about the first official batch of summer releases, he can’t resist reviewing his favorite band in all of late night.

Like the first few summer days in Seattle, this week’s crop of releases is missing a few degrees. There’s a couple releases that stand out amongst this dreary offering, though, including interesting debuts from Baths, Bloc Party’s Kele and my namesake Drake; along with the latest from The Roots, Stars, Robert Pollard, Nina Nastasia, 22-20s, The Chemical Brothers, RJD2 and more. 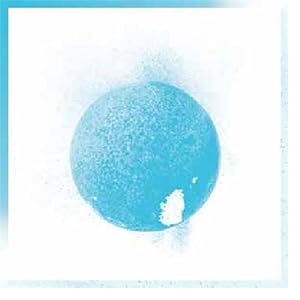 Born out of Los Angeles-based producer Will Wiesenfeld’s [Post-Foetus] project, Baths is what you might call emotronica — mixing the emotional highs of a Sigur Ros and the swirling smooth electriconica of a Toro Y Moi. The result is hypnotic on record, and transcendent live. I’ve always found electronica a bit boring on stage, but Wiesenfeld’s talent and commitment to his craft on stage is something you have to see as well as hear (scroll down below for live vide0). Curelean isn’t a perfect record, but it feels like the beginning of something

The Roots – How I Got Over
Stream / Purchase [mp3]

When it was announced some 18 months ago that The Roots were going to be the house band for the new Late Night with Jimmy Fallon, a lot of folks wondered how it was going to affect their recorded output. Well, by the sound of How I Got Over, not much except to expand their roster of guest stars. If you’ve been following Questlove on Twitter, you could just hear who might end up in the studio. Joanna Newsom, Monsters of Folk and Dirty Projectors are just a few that guested on the show and the album, twisting Q’s ears enough to tweet about it. The result is, at first listen, a low key affair much like their last two albums (Game Theory, Rising Down), but unlike those two dark, politic affairs, How I Got Over eventually settles into an album of positivity. Let’s hear it for day jobs.