I knew Drake couldn’t let this week pass without reviewing the latest from the prolific Bradford Cox, aka Atlas Sound. Personally, I’ve been digging Band of Bees ‘Every Step’s A Yes‘ for some time now, nice to see it get its official US release with bonus tracks. -ed.

Amidst all the holiday-geared releases that are beginning to overtake new release day, a couple year-end list releases slide in to stake their claim: Atlas Sound and Thee Oh Sees. Other release of note include the latest from Cass McCombs, Summer Camp, Cass McCombs, 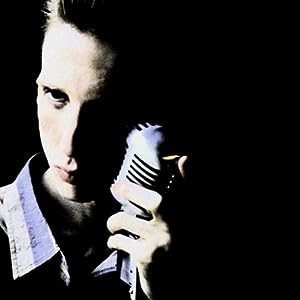 Deerhunter’s Bradford Cox has been Robert Pollard-like in his prolific songwriting in the past four years, releasing nine albums between Deerhunter and his solo project Atlas Sound. With every release, Cox seems more and more comfortable in his own skin, and never more so has this been the case than with Parallax, his most focused and accessible collection of songs to date. Here Cox blends 50s reverb-rich sounds with For Your Pleasure-era Roxy Music, ambient moods and themes of emotional distance, to great effect. “Mona Lisa” (previously released in demo form in Cox’s massive dump of free treasures last year, Bedroom Databank I-IV) is the pop song that Cox has always threatened to release, and first single “Terra Incognito” mesmerizes with its repetitive acoustic guitar, bringing Cox closer to the traditional role of singer/songwriter than one ever imagined him. 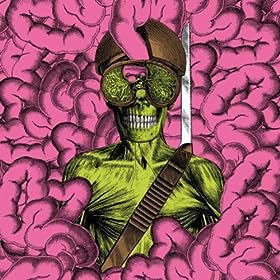 I almost missed this, the latest from John Dwyer’s Thee Oh Sees, coming so quickly on the heels of Castlemania this past May. That album had a few folks, including this one, scratching their heads. The navel gazing garage psychedelica wasn’t what was expected (even if it does grow on you), so it comes with great excitement that I can tell you that Carrion Crawler / The Dream is almost a 180 from the introspection. Dwyer wanted the album to pummel the listener, and while it doesn’t necessarily reach that extreme, in comparison to it’s 2011 counterpart, it goes a long way toward that goal. After the lazy psych opener, “Carrion Crawler,” the album puts the pedal to the metal and never looks back.