Since February is the shortest month of the year, I’m thinking it’s going to have to be the most condensed with interesting releases, and this first week goes some ways to proving the theory true. New releases from Sharon Van Etten, Dr. Dog, Air, Of Montreal, The Twilight Sad and Mark Lanegan certainly make their cases. There’s also new releases from The Duke Spirit, Ben Kweller, Die Antwoord, an EP from Davila 666, the return of Van Halen, and live releases from Wire and The Plimsouls. 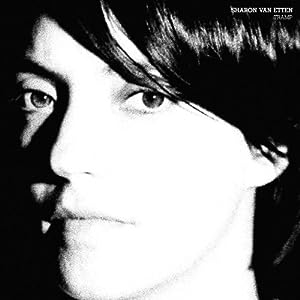 Knowing the brief back story to Sharon Van Etten’s music career, it’s easy to see her first three releases as a sort of break-up trilogy. The 2008 spare debut collection of recordings (Because I Was in Love) was raw, crying in the bedroom before and after things become irreparable. 2010’s Epic is a recollection of the pain, a sometimes painful assessment of the damage. With Tramp, Van Etten is far more confident, even fiery, burning tokens and letters in the furnace. “I want to be over you,” she sings in the electric guitar-driven opening track, “Warsaw,” working as a declaration of intent — both in lyric and sound. Recorded over 14 months by The National’s Aaron Dessner, during a period of homelessness for Van Etten, the album takes Van Etten through some of Dessner’s band’s indie rock idioms. It works wonders in the first few tracks, with “Serpents” being the obvious highlight. But such a strong guitar and drums driven opening works against the album as well, as the more dour back half of the record feels like it suffers through lullsville. “We Are Fine,” the panic attack duet with Beirut’s Zach Condon, nearly saves the back half, with it’s “I’m OK (Not Really)” confessional with fellow social anxiety sufferer Condon. Tramp still represents another leap forward for the gifted young singer/songwriter, and with the trajectory of her growth, 2014 better watch out. 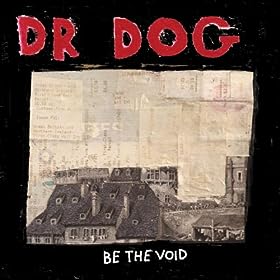 With 2010’s Shame, Shame, Dr. Dog had stepped out of the lo-fi confines of the basement for a cleaner sound, working with Rob Schnapf, a normal progression for a band trying to reach a wider audience. And it was mostly successful in this endeavor, so it’s a bit surprising that the Philly outfit would rub their eyes, and return to the basement. Be the Void not steps back from the cleaner studio sound, but also finds the band experimenting with sound more than any other release. The results are varied, making it difficult for Be the Void to settle into any kind of groove after the first few tracks, and everything falls apart by the head-scratching “Warrior Man.”

Tour dates and more photos of Sharon Van Etten from SXSW 2011 after the jump.